Hymn: The Redemption of Zion

by Dirk and Michael Whatcott

This ambitious hymn is an adaptation of the lyrics given in revelation to Joseph Smith in D&C 84:99-102. From a compositional standpoint I'm reasonably satisfied with the music (which was conceived as a setting for other lyrics), but I had no idea it might also serve for this text. I'll just qualify this music by stating that it's a good-faith effort and doesn't aspire to actually be the intended musical vehicle for the "new song" mentioned in the following introductory verse:

98 Until all shall know me, who remain, even from the least unto the greatest, and shall be filled with the knowledge of the Lord, and shall see eye to eye, and shall lift up their voice, and with the voice together sing this new song, saying: 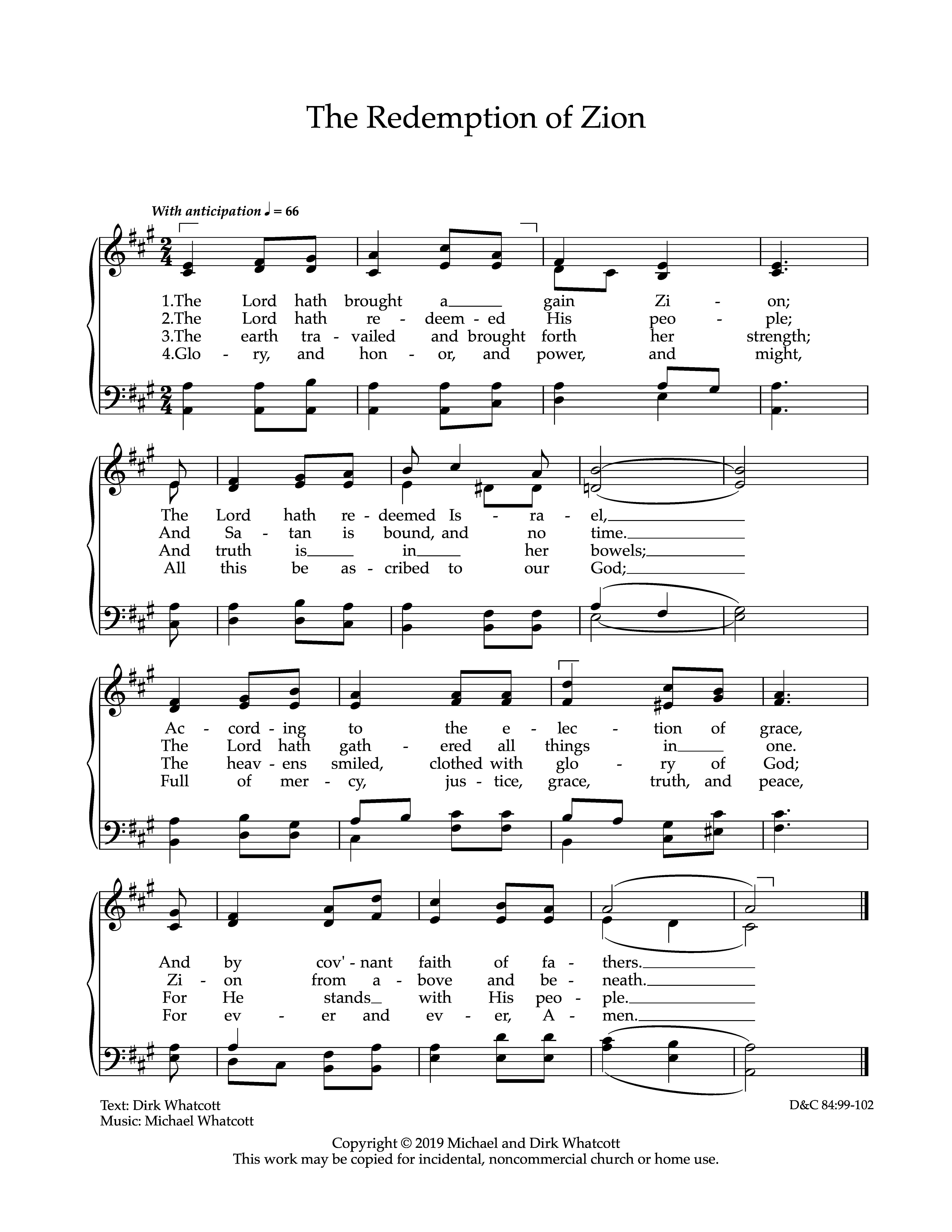 The Lord hath brought again Zion;
The Lord hath redeemed his people, Israel,
According to the election of grace,
Which was brought to pass by the faith
And covenant of their fathers.

The earth hath travailed and brought forth her strength;
And truth is established in her bowels;
And the heavens have smiled upon her;
And she is clothed with the glory of her God;
For he stands in the midst of his people.

Glory, and honor, and power, and might,
Be ascribed to our God; for he is full of mercy,
Justice, grace and truth, and peace,
Forever and ever, Amen.